When they are ready 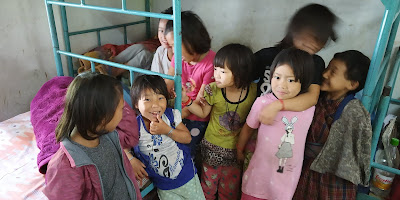 The Ministry of Education discovered 890 'underage' children admitted in schools across the country in 2019. Thus, the ministry in May 2019 issued a notification revoking the admission for these children. Majority were in urban centres.

And that policy was strictly followed a few years ago to the extent that some schools refused to admit children even if they were short of a few weeks. So, parents, mostly in urban areas, resorted to faking their children's ages. Many parents were guilty of adding years onto their children's actual ages. However, most parents, we are told, managed to correct their 'mistakes' later. Faking a child's age was rampant both in government and private schools. But the story was different in remote areas. Parents had to wait and watch until their children turned six. I have blogged about this issue way back in 2012. 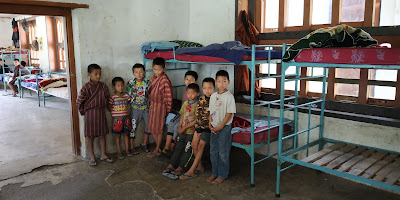 Then, the ministry decided to relax the policy a bit in that a child who is five and half could now get admission in government schools, provided those schools can accomodate them.

And that, in my opinion, became the source of confusions. Private schools were initially unhappy, thinking that the public schools would take away children who otherwise would be in their schools. That move certainly benefitted parents in remote villages - where principals interpreted enrolment policy so religiously - but again created conditions in urban areas where suddenly parents no more had to fake their children's ages. 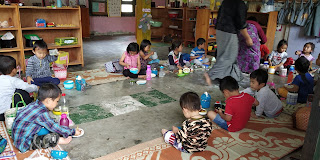 Policy lost its teeth. Children as old as four found their ways in private schools. We turned our blind eyes. And this year the ministry woke up, from a deep slumber, to find 890 underage students enrolled in PP. Obviously, parents and schools would be disturbed because children were already half way into their academic year. Although the ministry was adamant, the move by the Prime Minister of Bhutan came at the right time. This year's 'underage' PP children would be able to continue, after all.

But I am sure this is not the end of the problem. Working parents have no choice but to find ways to send their children to school.

Maybe it's time that we lower the age of enrolment to five years. Now that our children are smarter, give them early start. In 2016, the then Children's Parliament recommended doing the same. If our children, as young as four, are able to cope up, I feel the policy needs a revisit.

Otherwise, our children would end up watching Youtube and TV nonstop.