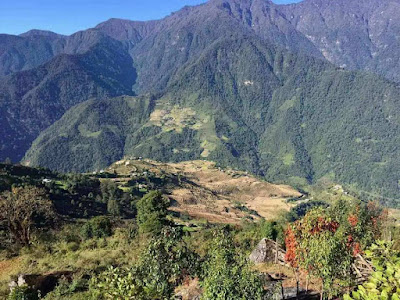 When we were growing up in a small village in the central Bhutan, we would gather around our grandparents every evening in a room that would be dimly lit with a kerosene lamp. Our grandparents or the elderly members of the family would then take turns to entertain us (siblings and cousins who lived under the same roof) with their stories. Such was the only form of entertainment we had had then.

Our grandparents would start their stories, which they probably would have heard them from their grandparents. A young poor boy becomes a successful farmer by a turn of luck, a man fights a bear, a poor boy accidentally marries a rich man's beautiful daughter, a lame monkey helps a boy find great wealth, a rooster regrets his action after he mistakenly accuses his wife and young men go on business trips to buy cattle, among many others. We grew up listening to many such stories. Sometimes, the storyteller would narrate the same story again and again, and yet every time it sounded more magical and wonderful. In fact every session, our love for the story and the characters in it would grow stronger. 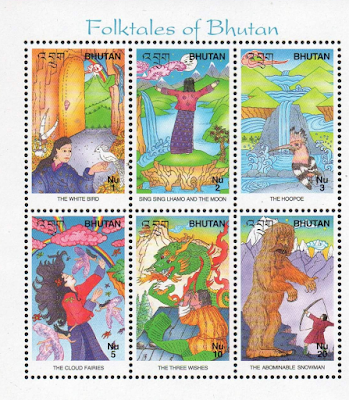 Particularly, I grew up falling in love and feeling intense pain and hurt every time I heard the story of the Hen and the Rooster. I get so emotional at everything. Maybe that story is responsible for such emotions in me today. But this is a reflection of a time that is lost.

Ashi Kunzang Choden, Bhutan's foremost writer, who also compiled and published Bhutanese folktales in English, maintains that in Bhutan we do not really 'tell' stories. She believes we simply release them. And an effective storyteller releases a story with grandeur and style. Dzongkha word for storytelling is srung-tangni (སྲུང་གཏང་ནི - 'releasing story').

Another interesting feature of srung-tangni is reciprocity wherein every time a storyteller pauses, the audience is required to respond: ang...hining... ang hining...(in Khengkha - I see, and then... I see, and then...) If however the audience fails to respond, it is believed that the ghosts lurking in the darkness would take away that particularly story. That would be the end of it! Thus, if we lose all our stories this way, the audience is equally responsible. Half of it falls on the storyteller to ensure such practice is followed throughout the story. 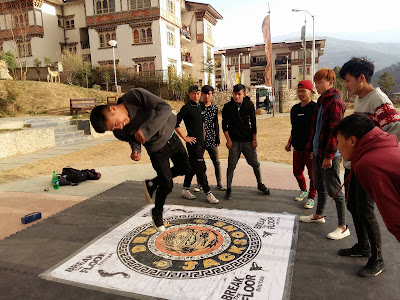 If we look back and reflect on it as adults, the idea of having our audience respond at every stage is one way to keep our listeners with us, fully concentrated. At the times the storyteller would ask his audience questions to test their concentration. If the listeners fail to pay attention, can they narrate it to their respective audience? There goes the ghost!

Today, most of our old folktales are no more and we are toying with a few that remain. Ghost is another name for our lost interest. It is also known as lack of concentration.