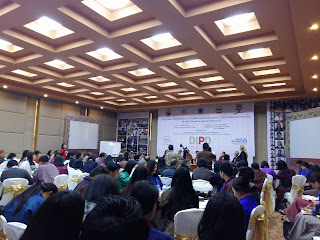 Coinciding with the International Women's Day 2017 (March 8), Bhutan hosted a three-day National Conference on Women in Governance, Leadership and Politics with a Regional dimension at Terma Linca Resort in Thimphu. It was the second conference to be organized in Bhutan; the first one was conducted in April 2014.

The conference was organized jointly by National Commission for Women and Children (NCWC) and Bhutan Network for Empowering Women (BNEW) with funding support from DPID, International IDEA, and others. The conference was attended by delegates from Nepal, Myanmar, and Bhutan. 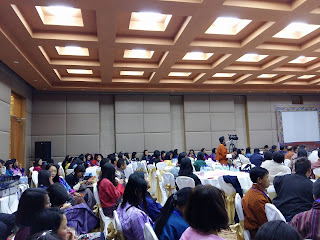 One of the most important outcomes of the conference was drafting of Thimphu Declaration, which aims to have at least 30% women candidates fielded by the political parties in the upcoming 2018 elections and increase the number of elected women leaders by 30% using fast track measures. It also envisions increasing women executives in the civil and public service by 25%.

It is true that qualified and empowered women are more likely to participate in the elections. However, the sad reality is that most of these women are in the civil service, private sectors, and Civil Society Organizations. They cannot simply throw away what they have for an uncertain possibility. That’s why we will continue to have more men joining the politics and winning elections. That’s not good for our democracy if half of the Bhutanese people go underrepresented in our decision-making processes.

So, how do we encourage more women to leave their comfortable careers and make them embrace politics? 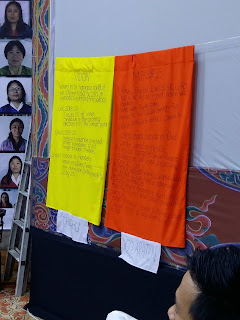 One of the best and temporary measures is by being a little more accommodating and flexible to women whereby they can avail leave to contest elections. They may only resign if they are elected in the political offices and not otherwise. This will be a big boost to our educated and capable women and is also one of the best ways to realize the visions and goals of Thimphu Declaration.

Because we will have more chances of women being elected when we have more women standing and taking part in the elections. Otherwise, increasing women’s participation in the elections will remain a distant dream. I am optimistic that something would come out of the Declaration in the upcoming election. Especially, we need to wait and see if political parties respect the Declaration and field in more women candidates. 30% candidacy works out to 14 candidates out of 47 available. That's a good bargain, I think.

Of course, we will also need to see if these women are interested and ready to contest elections. Whatever said and done, at the end, it is women themselves, who would need to take the final call.