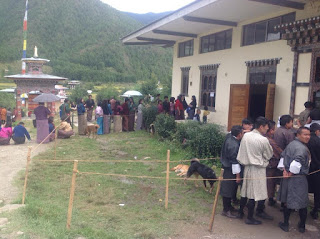 A resounding success. Everyone agrees. Congratulations to the Election Commission of Bhutan (ECB) and all the hard working people behind the Second Local Government Election. Being able to select local leaders in 205 gewogs and some 1200 plus chiwogs is no small feat and yet ECB had done it with great efficiency. Kudos once again!

And another interesting feature of this year LG elections is that we managed to rope in more women candidates. By the same token, we also have more women Gups, Mangmis and tshogpas everywhere.  All this goes to show that we are slowly gaining more confidence in women leadership. Now it is for us to sustain that development in Parliamentary elections as well. We need more women everywhere. 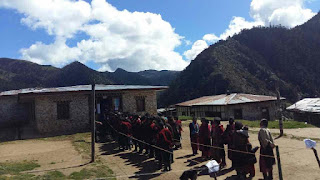 It is also equally encouraging to learn that this time, we had fewer issues reported. There were not many complaints from the polling booths and we have not heard of violations of rules by the candidates, which also demonstrates people's increased understanding of policies and other nuances related to elections. Thanks to ECB's nationwide awareness programs. 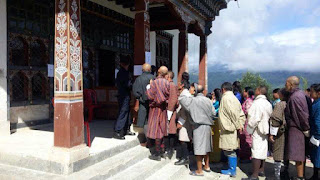 Voters Photo Identity Card (VPIC) is another name for Citizenship Identity (CID) card. The only difference I was told is that all VPIC holders will have CID cards, but not all CID holders will have VPICs. This means, those who are ineligible to vote are not eligible for VPICs. For instance, monastic community is ineligible for voting. I think for future elections, ECB should not invest on printing VPICs and instead, voters should be able to vote with their CID cards. The electoral roll (which is a big register of eligible voters) will be sufficient to determine if a particular person can or cannot vote for a particular election. That way we can solve the issue of people carrying or not carrying or forgetting to collect or losing their VPICs at the time of elections.

And finally, instead of having civil servants on election duties, can we trust the same responsibility on our young people and unemployed graduates?