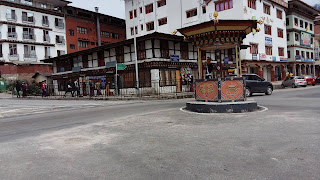 Just like any other Bhutanese, I too feel helpless at this time of national crisis. Bhutan is battling with the forces of nature. And in the last few days, it is been hectic. I join the Bhutanese people in thanking our His Majesty for personally leading and monitoring the rescue work and demonstrating exemplary leadership.

We are also thankful and appreciative of Prime Minister's role in all these.

We were told that the trucks carrying fuel are on their way to the capital today. It is a great relief and highly reassuring to all Bhutanese to know this. I pray and hope that this is the end of our ordeals. Thimphu finally saw some sunshine today (Thursday, July 28) . 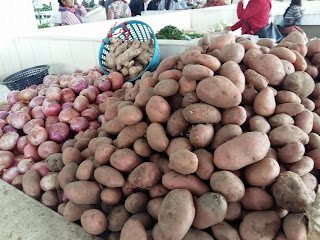 This year's Monsoon brings us more than natural disasters. It was a window through which we saw many dark possibilities and drive home some lessons. We have seen our people line up to refuel their cars in the middle of the night, blocking traffic. We have also heard of taxi drivers charging exorbitant fares to the hapless Bhutanese students on their way to India.

But more interestingly, on July 21 Bhutan Agriculture and Food Regulatory Authority announced a temporary ban on the import of chilies from India. While I agree that we have to take up this as an opportunity to grow and grow more on our own, it is depressing to note that some people are taking the advantage of the ban on chilies to unreasonably hike the prices of local produce. We were told that in some places it has risen from Nu. 40 a kilo to 150. That's pure robbery. We should stop this. Recently, Royal Bhutan Police penalized some taxi drivers, who charged their passengers illogically high fares. Likewise, the concerned authorities should monitor food prices. Imagine what happened if fuel price is not monitored? 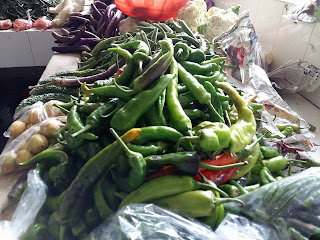 I think that farmers in the villages, who worked hard on their farms, would never know about the ban on the import of chilies. And for the same reasons they would not charge extra. But it is the middlemen involved who take the stock of the market situation to make big money. In all these, it is the middlemen, who benefit and not the actual farmers.

Therefore, there is an urgent need to protect our farmers from these so-called middlemen, who thrive on the hard work of our humble farmers.