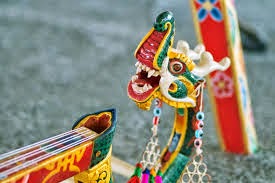 Drumnyen is a seven-stringed traditional Bhutanese musical instrument. And although it is used less frequently today Drumnyens were very popular when we were young. We would watch with rapt attention filled with envy as our older friends strummed the instrument and sang along. Those days still linger in my memory.

Recently, I was gifted a small Drumnyen by an acquaintance and I started learning to play the instrument. But as I was trying to fine tune the strings, one of the strings gave way to my strong stupidity. And without the shortest string on my Drumnyen, it was unable to produce some critical notes. The search for string took more time than getting the Drumnyen to my house.

I literally scanned the whole Thimphu City to look out for a string replacement. From one shop to another, I hopped with my wife following me patiently without complaining. I am thankful for her admiral patience. After sometime I was running out of my supposedly calculated patience. But I kept on getting directions to a shop that might sell the strings only to be redirected to another and another and another.

The strings that are used by Drumnyen are the same strings that are used as the fishing-lines. And at every shop I had to ask if they have fishing-line. Everywhere people thought I was bound for some kind of fishing excursion. At a grocery store (that's where I was directed from another shop), a lady shopkeeper thought I was trying to make fun of her and casually responded, without even looking at me, "རོག་ན་ཆོས་འབད་ས་ལུ་་་་ཉ་གཟུང་ནི་གི་བློ་སླབ་དེ།," (roughly something like "where we practice Buddha Dharma, you are talking of fishing). Only when I said I needed the string for my Drumnyen, she looked up at me and politely said she does not deal with the strings. Then I thought I need to change my tactics and instead decided to ask for guitar strings only to realize that I needed fishing-lines and not the actual guitar strings.

It was an embarrassing shopping moment in Thimphu!

And I found the string when I was about to give up - at an unexpected shop! But now I know where to get them without all these hassles and embarrassment!

P.S: I have no serious issues to post today and I am posting this one for the sheer laughter's sake.