A Change in the Game 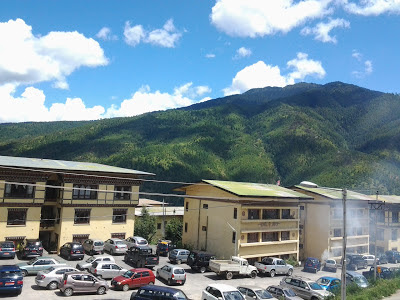 Today is the first Sunday of the month and we observe it as the pedestrian day after it was revised. Now the day is observed only once a month as opposed to what it was planned initially back in June 2012. Once a month is more practical I would like to think.  It was more of public outcry that resulted into this change in the game-plan.

Initially, when it was first proposed or we were made to hear about the initiative, I was seriously happy. And that was because my idea of the day was different from what the policymakers had in their minds. I thought that when it is a pedestrian day - it means no movement of vehicles at all. At all. But they allowed taxis to ply back and forth. City buses were alright to move proudly through the restricted zone. And it made it appear so foolish an idea. I didn't get this idea clear - how do taxis and buses emit less pollution? In fact they were burning more fuels and making more noises as they had to more rounds - unusually more rounds. If people had to move even if it was PeeDay (as it was popularly called back then), they had to move - there was no choice. Since they could not drive their cars they had to go in taxis. So, the whole purpose is defeated.

The other day I was talking with one of my friends. I told him that I was relieved that PeeDay is happening only once a month. He was not convinced. "It doesn't make sense at all. Monthly or weekly - it does not make sense," he told me. "If they want to do it and do it well, they should plan it in a grand manner once a year." He was right I thought. 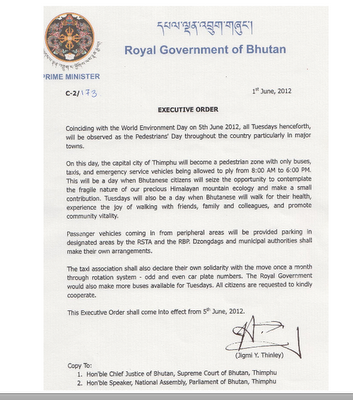 Maybe instead of doing it monthly (in a manner that is hardly fit to be called a pedestrian day), why can't we do it once a year? And meant it. Say, every year we mark the World Environment Day as the Pedestrian Day and when say no vehicle movement, it means no vehicles. They should not be even allowed to move from their parking lot through out the day. All our highways should remain completely empty. Right now vehicles are restricted only in the core town while they move up and down, here and there at the periphery. Just that they need to make rounds and get to their destinations.

It also makes sense to have the event once a year. And then we would need no policemen to watch if people are following the rules. Why do we call it pedestrian day when it concerns vehicles? We should rather call it No-Vehicle Movement Day or something. Maybe we even declare the day a public holiday so that we need not have to use our vehicles. And there will be programs to educate our people why we are doing what we are doing.

But again I am surprised how quick we are in changing our rules. One day it is there and the next day it is no more in place. Good rules are ever enduring. If something was good for all of us, then we should not change it immediately just because people are complaining. And just as we were about to cope up with the situation there is the change. I think we need to convince ourselves first before we implement anything. This way we show that we are no more kids and what we do is no more a child's play!

But if we can change the PeeDay from a weekly to monthly in a matter of 5 months (a baby takes 9 months to be fully convinced that he/she is ready come out of mother's womb), then I think we can make it go "yearly" in say about 9 or 10 months!