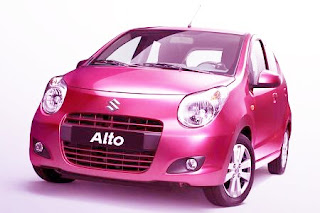 In Greek mythology, Prometheus is the one who steals fire from heaven and gives it back to the world. Humans are said to have possessed fire initially, but the Greek myth tells us that Zeus, the king of gods had hidden it from people when he was insulted by them.


This is an interesting story. Prometheus presents Zeus two sacrificial offerings to choose: a carcass of an ox stuffed with all beef and collection of bull’s bones smeared with fat. But Zeus mistakenly chooses bones. And that’s why humans started the trend of burning bones mixed with fat as an offering to gods while humans enjoy the meat. Zeus feels insulted; so, he hides fire altogether. And this is when Prometheus comes into picture.

As a punishment, Zeus binds Prometheus onto a rock where an eagle is said to be eating his liver, which grows again only to be eaten the next day, and so on. Poor Prometheus!

These days from the archery ground to swimming pool to taxi-parking to offices, people are talking about the latest development – the government’s proposed plan to increase vehicle tax from just 15% to 35% for light vehicles, 27% for taxis and 20% for two wheelers.

This comes as a serious blow to hundreds of people in the country aspiring to buy cars in the coming years. Let’s admit cars have become necessity just like mobile phones. And if the proposal is endorsed by the cabinet; many of us will have to abandon the idea of buying cars. Cheap cars will become expensive for many – all in a move to curb traffic congestion? Will our senior civil servants and MPs voice our concerns? At least for them they have this quota system to their rescue.

Obviously rich people would still afford to import expensive cars while poor section of our society would be ripped oftheir privilege even to ride a scooter. So, much like the fire story, right? But I wonder who would brave to be our Prometheus – our own Bhutanese Prometheus!