Excuse me, who farted again? 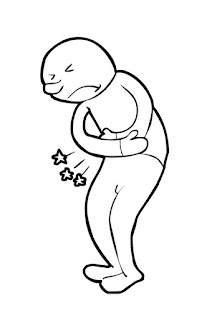 Nothing provokes me more than people farting casually. They think it is biologically normal and that it is an outburst of some gases during the course of digestion. And because it is biologically correct, some people cross the limit. Whether the emission sends out a noxious odor or not, I am disgusted by it anyway. I even hate its sound. But some people do it with an inflated pride of man who has successfully launched a rocket in the space.

Eating is only natural. Digestion is natural and for that matter even if people term farting normal reaction, it holds some truth IF it is executed in proper right places. When some people (myself included) eat, even a noise that resembles a fart sends a nauseating sensation down their throats even without an odor. That’s another story. Seriously, I don’t mind eating a scrumptious meal before a heap of human fasces provided it doesn’t emit noxious smell. That’s an exaggeration by the way, but somehow I can’t stand odor of any kind.

You see, it is discipline. The way you hold it for appropriate time is so much like resisting the urge to shout at your boss or withholding your anger in the face of authority. It is a habit and like all habits, I guess, it can be corrected.

When someone farts right in front of you or from behind, and knowing that you are there, it means two things. Either that person maybe going through so much pain in his stomach or he doesn’t give a damn about you. The former is pardonable, but how do we draw the line between sickness in the system and sickness at the heart. It is disrespecting if it springs from the sickness of the heart.

But two of my friends have attained near perfection in the art that their talents are something even when I am so angry, makes me laugh. These two fellows are so cunning that unless the odor is out, they won’t let anyone know that they have done it again. I call them silent killers. Even if their farting makes some noise, they let it appear as if it was their coughs and blame it on cold.

If it is normal, then fart like a normal human being and show some respect to other folks.