Do I Deserve to Know? 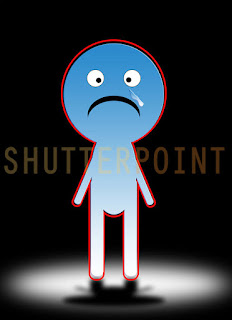 This is the second time in a row in a month's time; a cousin has hurt my sentiments. He doesn’t tell me he is coming down to Phuentsholing and without any information; he shouldn’t expect me to foresee his journey to Kolkata. That evening when he calls me up on my cell and wants to know the location of my house, I happen to accompany some of my colleagues to Dalsingpara, half an hour drive from Jaigaon to consult a guruji to fix a wedding date.

I ask him whether I should come back, but he tells me he has already put up with a friend in a hotel. So, I decide to stay back with the friends and moreover, the car does not belong to me. And how can I disturb them in the middle of an important event? My cousin accepts my apologies for my absence. He understands, I assume.

The next day, he calls me again. This time he wants to know whether there is a bus to Kolkata that day and if there is one, he wants me to buy two tickets on his behalf. Since my office in close to the Post Office, I go there for an enquiry only to be confirmed there isn’t any that day. I call my cousin back. He is dismayed. I guess, he has taken the train in the end.

After that I hear nothing from him. And the other day, someone informs me that he has returned to Thinphu. Now that’s truly wonderful. Maybe I don’t deserve to be informed about his return! Maybe I had been a bad host and my hospitality was near zero. This is why he thought I was not worth a cousin. But definitely, this act has killed my sentiments once again.

A week or so before that another cousin of mine comes to Phuentsholing. He has ordered an i20 from Hyundai agent in Jaigaon. He continuously calls me and since he would face difficulties, he wants to send the entire money in my account. Every stage of it, I receive a call. That definitely makes me feel I am being cared all of a sudden even if I am doing things on his behalf.

With a bagful of money, I wait outside in the rain. It is an uneasy feeling. And when he finally reaches, he has no time even to talk to me. He is with a friend and seems rushed. I am getting late, he tells me. Ok. That’s fine. He has deadline to meet, that makes sense.

That evening, I call him again. He is still clearing up necessary formalities here and there. So, I cannot meet him. That’s understandable. Being busy means doing business whereas wanting to spend time meeting your relatives is just an optional thing.

The next day I call him. He has reached Thimphu. After an ‘oh’ I hang up my phone.

Next time one of your cousins buys a car, don’t call him. It hurts not because you are jealous of their affordability to buy expensive cars, but because they think we don’t deserve even to look at their branded cars, if you have none of your own.